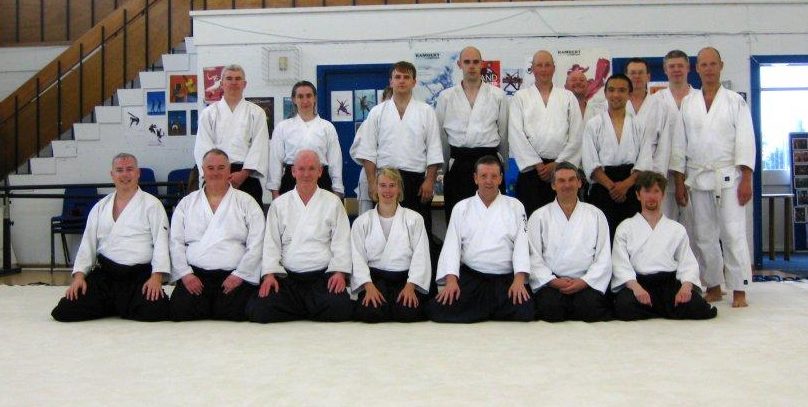 Congleton Aikido Club opened in 2007, and has a number of founder members who continue to practice regularly together on a Tuesday evening. The club is  affiliated to Hombo (headquarters) dojo (Tokyo), via the British Aikido Federation. The club also has long standing friendships with both Macclesfield & Belper Aikido clubs.  Members from all three dojo’s often share practices together, and frequently travel between dojo’s.

Since our opening a number of eminent teachers have graciously accepted invitations, and have conducted seminars / classes in the dojo, these include:  Takeshi Yamashima Sensei, Terry Ezra Sensei, Dan Messisco Sensei, Janet Clift Sensei (images below).  The club also has an affiliation and lasting friendships with the Manchester Aikido Club, lead by David and Robert Yates.