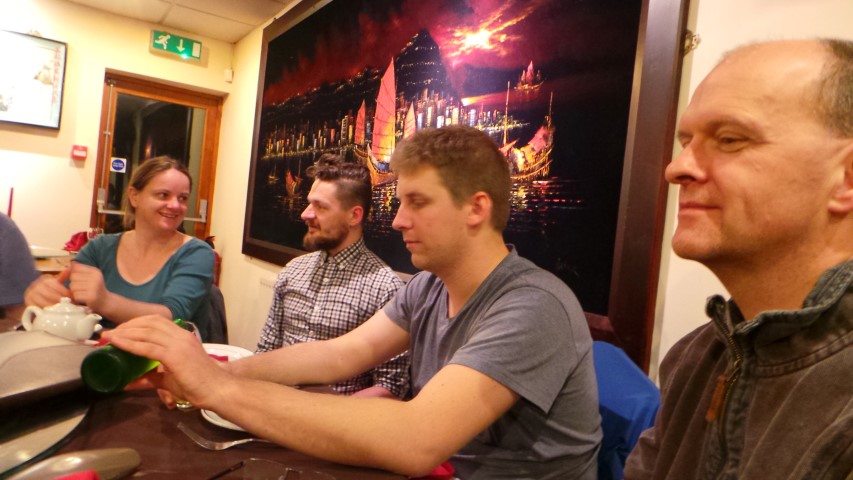 “I love going to training”

The idea of martial arts and peace aren’t two words most people would think go together.

After turning 30 I decided that I wanted to start to be a bit healthier and started looking for local activities to do. I’m not much of a gym person and I’m not incredibly sporty, but I used to enjoy learning karate at high school so I started to research martial arts in the area. I didn’t want to return to karate because there were a few things that didn’t agree with me so I googled peaceful martial arts to see if such a thing existed. Aikido came up straight away and after finding out more about it I thought that I needed to check it out.

To the outside world, it looks like loads of people in pyjamas rolling round and slapping mats while one guy stands in the middle like he’s waiting for a bus whilst oblivious to all the angry people around him. I can’t explain what Aikido is mainly because I don’t fully understand it myself yet. I can however say that to me Aikido seems to be the art of neutralising a situation whilst preventing anyone from getting hurt. Some might say It’s the thinking man’s martial art.

The first time I experienced the power of Aikido I was totally amazed by how one minute I was going for someone and then within the blink of an eye I was on the floor and not able to work out how I’d gotten there. One thing that has struck me is how Aikido is a very personal thing and although we are all aiming for the same goal everyone is finding their own path to getting there.

The people at Congleton Aikido are really friendly and I could not feel more welcomed. I love going to training and even though you can never predict the future I’d love to think that Aikido has a place in it somewhere.

Congleton and Matlock are both great clubs. I’ve come back to Aikido after nearly 10 years of not training, and I couldn’t have found a more friendly and forgiving set of people to train with emoji 🙂

I started at Matlock, but because of the strong links between the two clubs felt equally welcome in both. The Sensei are great. They share their own Aikido journeys without condescension or impatience, so although I always feel like I am learning and improving my practice, I never feel that what they teach and practice is completely beyond me (might just take a while to get there though!).

There is a mix of levels in both clubs, so don’t be afraid of being a newbie! We are always happy to see new faces, even if it is just for a few sessions -so there is no reason to not come along for a go on the mats. 🙂